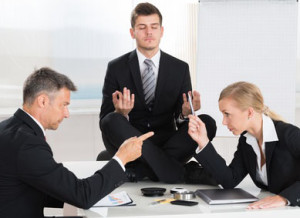 We know that smart people can come together in projects and produce exceptional work. What is less discussed is that smart individuals can — and do — come together as teams only to generate dysfunction and sub-par results.

Back in the 1970s and 80s, British management researcher Meredith Belbin discovered unexpectedly poor results with teams formed of people who had sharp, analytical minds and high mental ability. He dubbed these teams of smart people “Apollo teams,” as his research coincided with the American lunar expeditions.

In case after case of team-based assignments, he found that Apollo teams often finished near the bottom, compared to teams that possessed less individual and collective intellectual firepower.

Why Apollo Teams Under-Performed
This failure seemed to be due to flaws in the way the Apollo teams operated. For example,

Do any of these team or group behaviors sound familiar to you?

Now the Good News
Actually, research also showed that Apollo teams could be successful under certain circumstances. Of prime importance was the team leader’s personality. Successful Apollo team leaders focused attention on setting objectives and priorities, and on shaping the way team effort was applied collaboratively.

Four Tips for Leading Teams
Leading teams of very smart people can often be a matter of “herding tigers.” In my experience, the leadership skills that work with Apollo teams can be applied broadly with equal success. And it doesn’t matter whether the team you’re leading is the executive committee, a task force, or a multi-phase work project.

Remember, the winning team is the one that executes brilliantly, not the one with the most brilliant people on it.