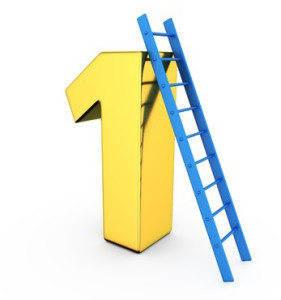 “Your business plan is what you are, but Culture is who you are.”
– Gary Kelly, Chairman and CEO, Southwest Airlines

Every organization has a culture, sometimes referred to as its personality or organizational DNA. An organization’s culture grows out of the values, behaviors and norms that its top management encourages, rewards or – in some cases – simply allows to exist.

Key Point. Research has long shown that organizational culture has a significant impact on bottom-line performance.

Do I have your attention now?

1. High-performance cultures share common strengths and traits. Inside the organization, these cultures are strong in teamwork, communication, transparency and capability development. Externally, they are relentlessly focused on their customers and strategy execution. They are also nimble in responding to changing business circumstances.

2. High-performance cultures are consciously tended by their leaders. “I came to see, in my time at IBM, that culture isn’t one aspect of the game; it is the game,” says Lou Gerstner, former CEO of IBM, who led a turnaround of the ailing company in the 1990s.

3. Core values and behaviors are aligned with the organization’s mission and strategy. Two great examples of winning culture alignment are: 1) Google, which puts a premium on user experience, speed and web-based revenue generation; and 2) the Mayo Clinic, which achieves outstanding patient care through professionalism, teamwork, and mutual respect.

4. Leaders consistently reinforce – and enforce – cultural values and priorities. Steven Stoute, Chairman of beauty line Carol’s Daughter, makes the point well: “I think it’s very important…to have checks and balances to know when somebody has not bought into the culture, because at some point in your organization, something is going to backfire and something’s not going to get done because somebody’s not paying attention.”

5. High-performance cultures are not easily replicated. Seriously, does anyone believe that hypercompetitive CEOs like Howard Schultz (Starbucks), Tony Hsieh (Zappos), and Andy Grove (Intel) would publicize the inner workings of their corporate cultures if this gave rivals a leg up? They know that while their business strategy can be readily copied, their high-performance culture cannot.

When it comes to forging a path of sustainable growth in increasingly complex times, the smart money is on leaders who can build and extend high-performance cultures. Are you one of them?