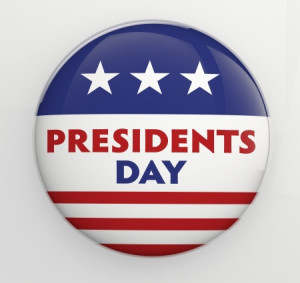 This month, highlighted by Presidents Day, naturally makes me think of presidents. Test your “Presidents IQ” with this 12- question leader quiz. The correct answers are provided below.

4. Which President extended the boundaries of the United States to the Pacific?
A. Thomas Jefferson
B. James Polk
C. Theodore Roosevelt
D. Abraham Lincoln

5. Who was the youngest man to serve as President?
A. Andrew Jackson
B. John F. Kennedy
C. Theodore Roosevelt
D. James Madison

6. Which President said: “A president’s hardest task is not to do what is right, but to know what is right.”
A. Jimmy Carter
B. George Washington
C. Lyndon B. Johnson
D. Richard Nixon

7. The number of Presidents who received the Nobel Peace Prize is:
A. One
B. Two
C. Three
D. Four

8. Who said: “The only things worth learning are the things you learn after you know it all.”
A. John F. Kennedy
B. Harry S. Truman
C. Dwight Eisenhower
D. Ronald Reagan

11. Who said: “Leadership is the art of getting someone else to do something you
want done because he wants to do it.”
A. Bill Clinton
B. James Madison
C. Dwight Eisenhower
D. Calvin Coolidge

Scroll down for the correct answers.

1.  A.  Woodrow Wilson signed the act creating the National Park Service in 1916.

5.  C.  Theodore Roosebelt was 42 when he succeeded McKinley, who was assassinated in 1901.

Ten or more correct?  You really know your Presidents!